Xi presides over symposium for soliciting advice on economic work 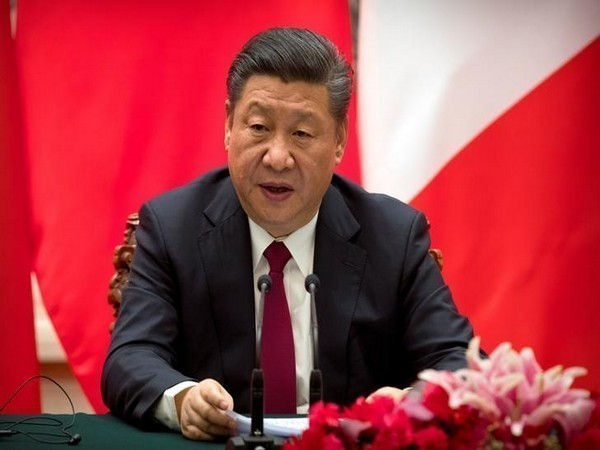 Beijing (China) July 31: Xi Jinping, general secretary of the Communist Party of China (CPC) Central Committee, on Wednesday presided over and addressed a symposium for soliciting opinions and suggestions on the current economic situation and economic work in the second half of the year from non-CPC personages.
Xi underscored the correct understanding of the current economic situation and the integration of thoughts and actions with the CPC Central Committee's analysis on the current economic situation, its decisions and arrangements.
He called for more efforts to solicit solutions from the grassroots, analyze typical cases to see the big picture and carry out in-depth researches.
The symposium was attended by Li Keqiang, Wang Yang, Wang Huning and Han Zheng, all members of the Standing Committee of the Political Bureau of the CPC Central Committee. Li reviewed China's economic work in the first half of the year and introduced the CPC Central Committee's considerations for economic work in the second half of the year.
Heads of the central committees of eight non-Communist parties and the All-China Federation of Industry and Commerce, as well as a representative of personages without party affiliations, made their respective speeches, agreeing with the CPC Central Committee's analysis of the current economic situation and considerations for economic work in the second half.
They also gave suggestions on the economy, which, Xi said, were well-targeted and constructive and would be seriously considered by the CPC Central Committee.
Giving credit to the country's efforts in coordinating epidemic control with economic and social development, Xi said that the macroeconomic policy has been implemented effectively since the start of this year.
The Chinese economy, meanwhile, has registered stable performance with good momentum for growth, and has made new progress in high-quality development, he said.
Such achievements have laid a solid foundation for fulfilling the annual target, said Xi.
Non-Communist parties, the All-China Federation of Industry and Commerce, and personages without party affiliations have conducted investigations and researches into major issues, such as improving the country's strategic scientific and technological strength and fostering a new development paradigm, Xi said.
The researches have yielded fruitful results, providing important references for the CPC Central Committee in its decision-making and policy implementation, Xi noted.
He said China faces many difficulties and challenges in economic recovery, but the country boasts greater potentials and advantages and has the conditions to consolidate the outcomes of pandemic control as well as social and economic development in the first half of the year.
Xi stressed upholding the underlying principle of pursuing progress while ensuring stability, the full, accurate and comprehensive implementation of the new development philosophy, deepening the supply-side structural reform, accelerating the building of a new development paradigm, and advancing China's high-quality development.
He urged efforts to strengthen disaster prevention and reduction, provide help to the affected people and promote post-disaster reconstruction.
Work related to pandemic prevention and control should not be relaxed, said Xi, who particularly noted the need to guard against possible imported cases.
Xi said he hoped all non-CPC personages would view the current economic situation in the correct light and focus on major tasks in economic and social development.
He also called for greater efforts to draw strength from CPC history learning and strengthen ideological counseling for members of non-Communist parties and the people they engage, while better demonstrating the power of China's new model of political party system.
Source: Xinhua