'Women's March' against Trump administration in Washington, other major cities 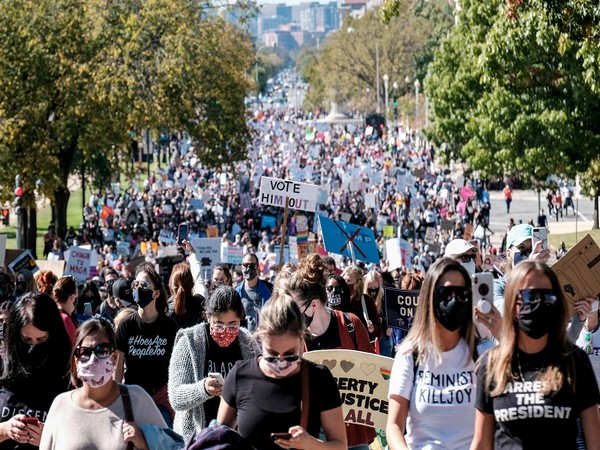 Washington DC [US], October 18 (ANI): Demonstrators gathered in Washington, D.C. and several other US cities on Saturday for the second Women's March of the year to protest President Donald Trump's nomination of Amy Coney Barrett to the Supreme Court and urge women to vote in the upcoming election.
Scores of women marched to pay tribute to the late Supreme Court Justice Ruth Bader Ginsburg, besides protesting against Trump's nomination of Amy Coney Barrett, urging women to vote in the upcoming election, CNN reported.
Demonstrators marched from Freedom Plaza to the National Mall here in Washington DC while holding banners and placards that read: "Hell no, Amy must go!" and "You call us nasty because you are afraid of what strong women can do." 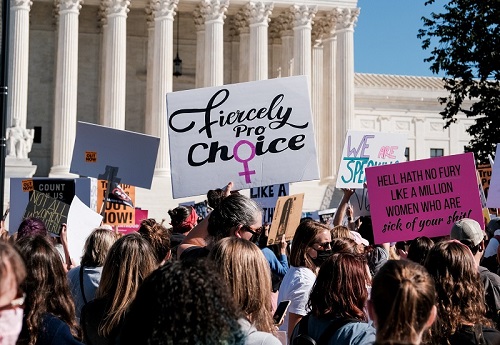 This comes after Trump's bid to get Senate confirmation for judge Barrett's nomination ahead of the US Presidental elections on November 3.
Meanwhile, counter-protesters also gathered outside the US Supreme Court during the Women's March protest against Trump's decision to fill the seat on the SC left by the late Justice Ginsburg.
This ongoing protest is the second Women's March of 2020. The first one was organized in January. The first-ever Women's March was held in 2017, which had the biggest attendance. (ANI)