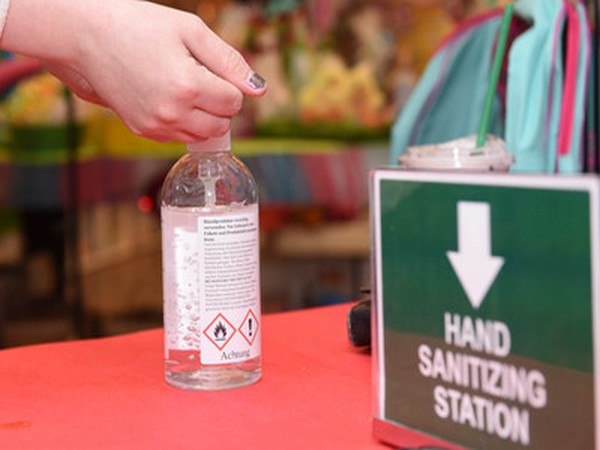 Washington D.C. [USA], May 23 (ANI): Facing higher costs to keep workers and customers safe with suppressed demand for an indefinite period and customer limits in the period of a novel coronavirus, all these factors have led some businesses to impose a coronavirus-related fee aimed at getting customers to share some of their expenses.
While some businesses are cutting services and jobs, the stakes of adding surcharges can be higher for small businesses, which tend to operate on thinner profit margins and smaller cash reserves, as they reopen after weeks of shut down and are made to confront a cost-revenue ratio that is increasingly out of whack, according to a report in The WallStreet Journal.
Billy Yuzar, the owner of Kiko Japanese Steakhouse & Sushi Lounge in West Plains, Missouri, opted to add a surcharge to diners' tabs as a simple way to compensate for higher food prices at his restaurant, than raising menu prices, because he said he could update the fee in the business's point-of-sale computer in one step.
Regular customers were supportive, he said, but when a photo of a Kiko receipt showing a Covid-19 surcharge surfaced on social media, people who had never been to his restaurant began calling to complain.
"The people from this community and my actual customers don't mind at all paying," Yuzar told the Journal.
"The backlash that I got is just because of these tweets" and since then Yuzar has removed the surcharge and raised menu prices.
Prices of food and other items have risen. Employees need protective equipment at work. Rising unemployment, safety concerns and limits on the number of customers a business is allowed to serve are setting a cap on sales.
Stuck in another similar situation, Herman Halici, the owner of Dan's Super Subs in Woodland Hills, California, said the price of meats such as pastrami, roast beef and corned beef has risen by up to 60 per cent, and new procedures mean that employees must spend 25 per cent more time on cleaning. In response, the shop has added a surcharge of 75 cents to USD1 a sandwich. Most customers have been understanding, Halici was quote as saying.
"Out of a hundred people, maybe two complain about it," Halici said.
"Unlike before, everyone goes to the grocery store now, so they understand about the meat prices," he added.
Some states have also cracked down on price gouging during the pandemic, but Covid-19 surcharges do not appear to have drawn many official complaints. A spokesman for New York's attorney general said the office hasn't received any complaints about surcharges, while a spokesman for Missouri's attorney general said the office has gotten one out of 1,501 total price-gouging complaints.
In case of larger companies, Walmart Inc., Target Corp. and Home Depot Inc. absorbed more than USD2 billion combined in added expenses for wages, bonuses and other benefits for workers during the early months of the pandemic. McDonald's Corp. laid out conditions for franchisees to reopen their dining rooms that include cleaning bathrooms every half-hour and digital kiosks after every order. Ford Motor Co. this week also opened its American assembly plants for the first time in two months, and promptly had to idle factories in Michigan and Illinois after employees tested positive for Covid-19. (ANI)