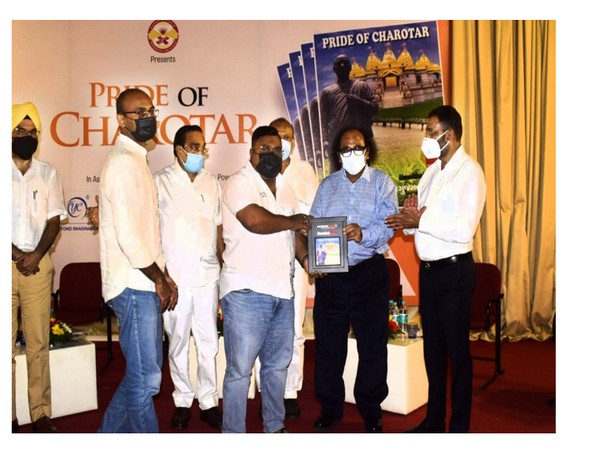 New Delhi [India], July 29 (ANI/ThePRTree): Helping people who were struggling amid the pandemic with food, medical aid, oxygen, ambulance, or any other basic medical facilities, Tanuj Patel a social worker received the honor of "Pride of Charotar" award, felicitated by C R Patil (Gujarat President of BJP), Pankajbhai Desai (Chief Whip of Gujarat Government), and Miteshbhai Patel (Member of Parliament, Anand Loksabha).
The social worker came forward and extended a helping hand to organize free food, free ambulance service, cleanliness drive on a daily basis and also organized free medical camps.
Recently, Tanuj Patel has become the subject of everyone's discussion. He has been working as a social worker in his native place Anand, Gujarat. Right from his childhood, his parents instilled in him the qualities of serving the society selflessly, which encouraged him to work for the betterment and upliftment of citizens globally.
Tanuj Patel is a businessman in the United States of America by profession but his heart still beats for his native country. In 2016, he founded "Roots Foundation" an organization which is working with people in an active sense on day and night basis to give life to his dream of helping people. He organized plantation drives, girls' education, free scholarships, free medical check-up camps, clothes donations, distribution of tarpaulins and the list will not end with his generosity.
To provide better medical services at an affordable rate, Mr Tanuj Patel decided to open Tsquare Hospital at Anand. Tsquare Hospital, Anand is a multispeciality hospital and provides quality care and services. He aided more than 1200 corona patients to get treatment at free or a very nominal rate at his own "Tsquare hospital".
It is a matter of satisfaction and happiness that such a great personality is being appreciated. He is a man of God who is loved immensely by the people. It is a blessing to know so much about him!
This story is provided by ThePRTree. ANI will not be responsible in any way for the content of this article. (ANI/ThePRTree)