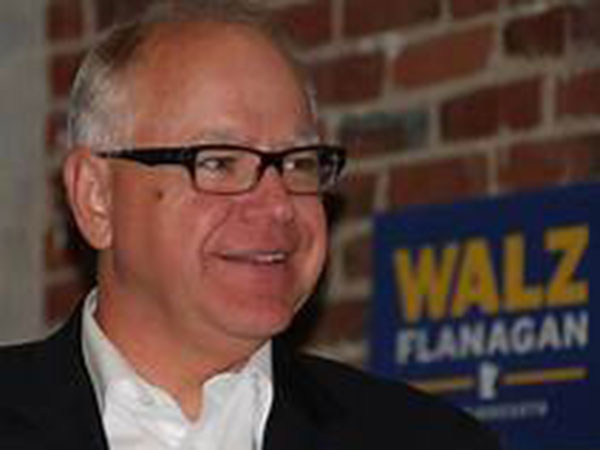 Washington (USA) May 21: Leaders of some of the most locked-down states have volunteered to take pay cuts as residents find themselves without paychecks because of coronavirus, while others like New York Gov. Andrew Cuomo and New Jersey Gov. Phil Murphy appear to have made no such move.
Meanwhile, Americans throughout the country are feeling the effects of record unemployment.
"The politicians are getting paid across the country, not just in New Jersey. ... The only people who are really, really hurt and the working class, family businesses," Joe Falco, owner of Rose City Jewelers in Madison, New Jersey, told "Fox & Friends" on Wednesday.
Governors including Minnesota's Tim Walz, a Democrat, reacted to this new reality by taking pay cuts. Walz issued an executive order in April cutting his salary and those of his cabinet by 10 percent until 2021. Walz's annual salary is about $127,600 a year, meaning his new salary would be about $115,000, according to the St. Paul Pioneer Press.
Here's how leaders of some of the most locked-down states have reacted:
Michigan
Michigan Gov. Gretchen Whitmer, a Democrat, will take a 10 percent pay cut and directed her executive team and cabinet to take 5 percent pay cuts. That reduces Whitmer's salary from $159,300 to $143,370, according to MLive.
Whitmer approved rolling furloughs for state employees that she says will save the state $80 million after kicking in on Sunday. Impacted state employees will be furloughed two days per pay period from May 17 to July 25.
Her state's stay-at-home order will last until May 28.
California
California Gov. Gavin Newsom, a Democrat, proposed 10 percent pay cuts for state employees including himself last week. Newsom's 2018 salary was $151,000.
However, the state's largest public-sector union may block his plans.
"We can choose to say, okay, we'll take the 10 percent ... or we can call the bargaining team together, and we can figure out the equivalent of what that 10 percent represents and try to negotiate something," SEIU Local 1000 President Yvonne Walker said last week.
Parts of California have begun reopening, although populous Los Angeles County may remain under stay-at-home orders well into the summer.
New Jersey
New Jersey Gov. Phil Murphy, a Democrat, has not indicated that he will take a pay cut on his $175,000 salary. However, a bill is on his desk that would partially furlough state employees while supplementing their pay with enhanced federal unemployment benefits amid the state's $2.75 billion budget shortfall. Murphy has not indicated whether he will sign the bill.
Murphy's office did not respond to FOX Business' inquiry at the time of publication.
New York
Neither New York Gov. Andrew Cuomo nor New York City Mayor Bill De Blasio responded to FOX Business' inquiries about whether they plan to take pay cuts. Cuomo makes $200,000 a year, while De Blasio made $254,392 in 2018, according to the International Business Times.
New York City especially has cracked down on all but the most essential businesses and workers amid the coronavirus crisis.
Massachusetts
Massachusetts Gov. Charlie Baker, a Republican, makes $185,000 according to The Council of State Governments. Baker's office did not respond to FOX Business' inquiry about whether he plans to take a pay cut.
His state began phase one of reopening on Monday by allowing manufacturing and construction to get back to work, NBC Boston reported.
Source: Fox News