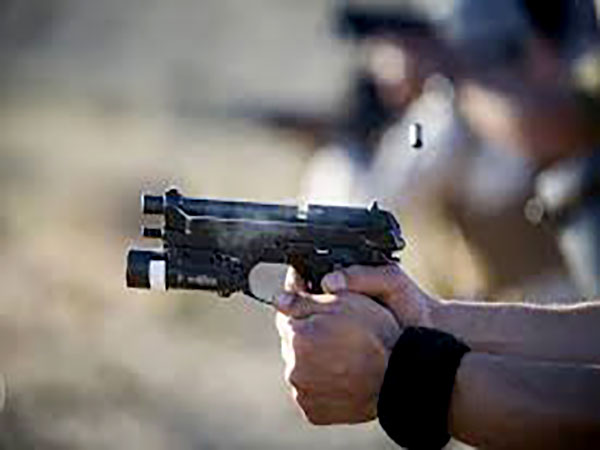 New Hampshire (USA) Oct 13: A man with a handgun opened fire in a New Hampshire church during a wedding on Saturday, wounding two people before he was tackled and pinned to the ground by guests, authorities said.
Dale Holloway, 37, has been charged with first-degree assault for shooting Stanley Choate, 75, in the chest at the New England Pentecostal Church in Pelham, according to the state's attorney general office. A second person, Claire McMullen, 60, was shot in the arm. A third person, Mark Castiglione, 60, was struck in the head by an object. Choate, the presiding bishop at the wedding, is in serious condition at Tufts Medical Center in Boston while McMullen is in good condition at a local hospital. Castiglione was treated at a hospital and released.
"Preliminary investigation of the matter indicates that this incident does not appear to be a random event," authorities said in a statement early Saturday afternoon. No motive for the shootings was made public.
Holloway is expected to be arraigned Tuesday in Hillsborough County Superior Court. It was unclear if he is represented by an attorney.
Authorities responded to the church at 10:12 p.m. Pelham is approximately 40 miles south of Concord, the state's capital.
Pelham Police Chief Joseph Roark said the church had just received active shooter training from his department within the last year. He didn't know if people who subdued the shooter were trained the same way but "I think that is a standard that is being taught now to address the threat."
A funeral was scheduled to be held at the church after the wedding for 60-year-old Luis Garcia. Garcia had been a minister at the church. He was shot and killed earlier this month and Brandon Castiglione, 24, has been charged in his murder and is jailed. It was unclear if the two shootings were related.
Sunday services at the church have been cancelled, according to the attorney general's office. Crisis counselors will be available Sunday at Sherburne Hall community center in Pelham from 12:00 p.m. to 5:00 p.m.
Source: Fox News