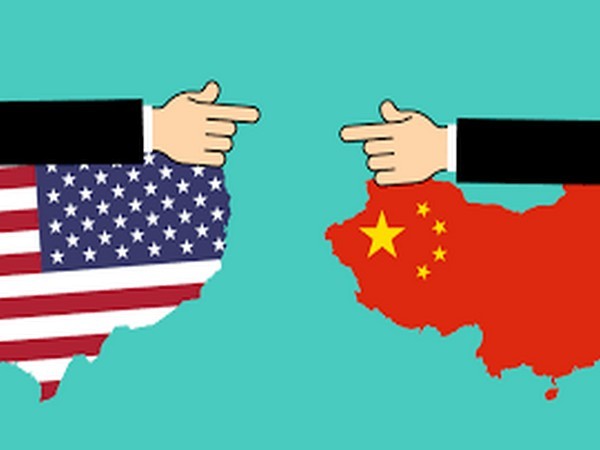 Washington DC (USA) July 31: The arrival of new Chinese Ambassador to the United States Qin Gang came "at a critical moment" in U.S.-China relations, experts have said.
In his remarks to the media upon arrival in the United States on Wednesday, Qin said he believes "the door of China-U.S. relations, which is already open, cannot be closed. This is the trend of the world, the call of the times, and the will of the people."
"In any case, the arrival of Ambassador Qin in the U.S. represents the arrival of a new, modern and risen China that is just as unafraid to seek fair-spirited competition with the U.S. as it is unafraid to speak its mind when confronted with rank unfairness and hypocrisy by the West," Sourabh Gupta, a senior fellow at the Institute for China-America Studies, told Xinhua.
"He represents the arrival in DC too of a more internationally-minded as well as politically-minded generation of Chinese diplomats who are unafraid to extend the hand of win-win cooperation but are equally firm in their view that it takes two hands to clap. Relationships don't always have to be symmetric but they must work two ways," said Gupta.
Gupta said the "old normal," which featured "a stable mix of cooperation and competition," is "unfortunately no longer fit for purpose in the era of impending strategic parity."
"And I, for one, do not automatically take it for granted that U.S.-China relations are destined to succumb to the 'Thucydides Trap'," he added.
"To the contrary, my belief is that the two sides will manage to craft a co-existent relationship over the next decade or two -- although the depth of coexistence and the extent of rivalry remains to be accounted for," said Gupta.
Robert Lawrence Kuhn, chairman of the Kuhn Foundation, pointed out Qin's appointment to Washington comes "at a critical moment in the long and circuitous path of U.S.-China relations."
Reading Qin's remarks to the media, Kuhn noted "the carefully selected phrase 'mutual exploration, understanding and adaptation.'"
"I do not recall this phrase being used before and it sends a positive signal by characterizing current disputations as 'explorations,' as opposed to, say, 'accusations' or 'confrontations.' This, then, requires 'understanding' as an internal process of reassessment, which in return leads to the beneficial action step of 'adaptation,' which is a sophisticated, creative approach to complex issues,'" said Kuhn.
"I sense that Ambassador Qin's 'Job One' is to work toward putting a floor under China-U.S. relations, so that it stops getting worse, and his remarks are a thoughtful, balanced step in that direction," Kuhn said.
"People from all walks of life are hopeful that U.S.-China relationship will go back to the normal track. I believe Qin will play a very constructive role," said Zhao Quansheng, chair of Asian Studies Research Council at American University.
Delivering remarks to the Chinese and U.S. media the first day upon his arrival in the United States, Qin showcased his spirit of hard work, said Zhu Zhiqun, chair of the Department of International Relations at Bucknell University.
"He concluded his remarks on a positive note and wished the United States an early victory over the pandemic and wished the American people all the best. It was very warm," said Zhu.
Prior to his ambassadorship, Qin served as Chinese vice foreign minister. His predecessor, Ambassador Cui Tiankai, completed his tenure and returned to China on June 23.
Source: Xinhua