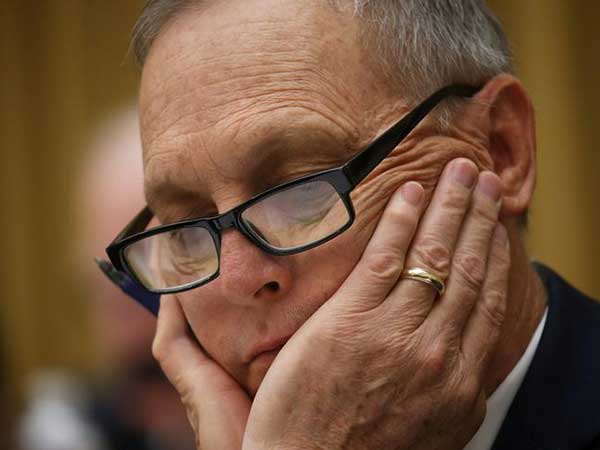 Washington (USA) September 11: Change is coming to an influential group on Capitol Hill following a vote Tuesday.
U.S. Rep. Andy Biggs, R-Ariz., was elected the next chairman of the House Freedom Caucus, and will succeed U.S. Rep. Mark Meadows, R-N.C.
"I'm grateful for the trust of my colleagues in selecting me to serve as the next chairman of the House Freedom Caucus," Biggs said in a statement from the caucus. "The Freedom Caucus has revolutionized Capitol Hill because our members have shown that they will stand for principle over politics - every time."
Meadows, a key ally of President Trump, will step down as chairman Oct. 1 but will remain a member of the group's board, the statement said.
"I've been honored and humbled to serve as chairman of the Freedom Caucus for the last two and a half years, and I can't think of a better person to pass the torch to than Andy Biggs," Meadows said, according to the statement.
"Rep. Biggs is an outstanding public servant, a strong conservative, and a steady voice with the right experience to build on the tremendous strides our caucus has made since 2015 in fighting for open, limited, and accountable government," Meadows added. "He'll be a phenomenal leader for our group."
Biggs, 60, a native of Tucson, represents Arizona's 5th Congressional District, which mostly covers suburbs east of Phoenix.
A member of Congress since 2017 after serving as a state lawmaker, Biggs has been a staunch backer of President Trump's plans to build a wall along the U.S.-Mexico border.
Meadows, also 60, represents North Carolina's 11th Congressional District, in the western part of the state, and has been serving in Congress since 2013.
Meadows became chairman of the House Freedom Caucus in January 2017, succeeding U.S. Rep. Jim Jordan, R-Ohio, who remains chairman emeritus of the group.
The Freedom Caucus has struggled to advance its agenda since Democrats took control of the House following the 2018 midterms.
Source: Fox News