Giorgio Meloni: Italy will strengthen its economic presence and investments in the Western Balkans 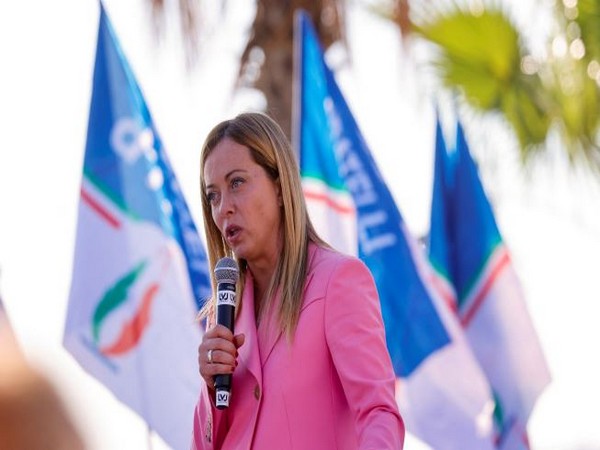 Rome [Italy], January 25: Italian Prime Minister Giorgio Meloni informed a gathering of key Italian ministers and entrepreneurs in Trieste that Italy has decided to strengthen its economic presence in the security-important Western Balkans, with investments in strategic sectors of the area, not only in infrastructure, but also in small and medium-sized enterprises.
In a video address at the meeting "Italy and the Western Balkans - growth and integration", DjordjaMeloni pointed out that Italy with its exceptional experience when it comes to the successful work of small and medium-sized companies. can be a model for companies in the Western Balkans.
The European Commissioner for Enlargement, Oliver Varheji, stated at this meeting that the expansion and incorporation of the Western Balkans into the EU is even more important, taking into account the geopolitical situation and the war that Russia has launched against Ukraine.
Varheji pointed out that the political incorporation of the Western Balkans into the EU can only succeed if it is achieved through social and economic integration.
Italian Prime Minister Meloni said that she is "convinced that Italian firms and companies can develop joint businesses and enterprises in the fields of trade and industry with Western Balkan partners... and successfully work together in security and joint growth."
She made it clear that this can only take place within the European framework, with regional integration that opens the European way, with the battle against corruption, crime, illegal migration, and the suppression of every form of extremism.
The Western Balkans, ĐorđaMeloni presented, is of strategic importance for the EU and the Union should make an effort to integrate that area into its world and values ​​and put expansion into the Western Balkans region among its priorities.
The area of ​​the Western Balkans is an important region for Italy's national security, she made it known.
European Commissioner Varhegi told the Italian entrepreneurs and bankers present that the EU has started implementing its economic-investment package for the Western Balkans, which should reach close to 30 billion euros, and emphasized that Italian companies can fit in there very usefully.
According to him, it is crucial that Western Balkan companies join the "value chain" of the single economic market and the EU system.
Source: Beta News Agency