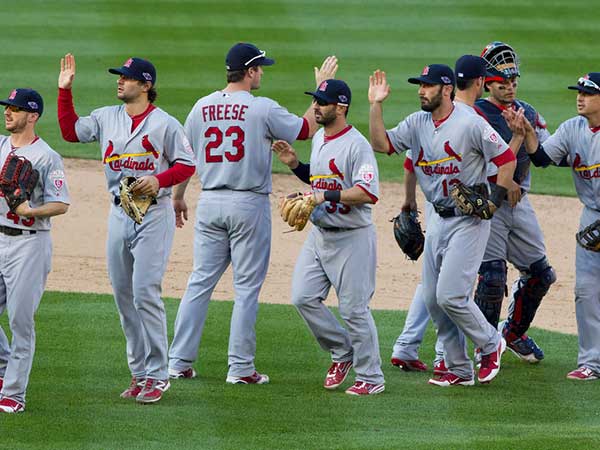 New York (USA) September 08: Chris Duncan, a former outfielder for the St. Louis Cardinals who helped the team win the 2006 World Series, died Friday after a long battle with brain cancer. He was 38.
The organization shared news of Duncan's passing in a press release where Chairman and CEO Bill DeWitt Jr. called him an "integral part" of the team's championship year and an overall "great teammate and friend."
"The Cardinals are deeply saddened by the passing of Chris Duncan and extend our heartfelt sympathy to his wife, Amy, the entire Duncan family, and his many friends," DeWitt said. "Chris was an integral part of our 2006 championship team and a great teammate and friend to many in the organization."
Duncan was drafted 46th overall by the Cardinals in 1999 and made his first professional appearance in 2005. He was named the team's Rookie of the Year by St. Louis media after hitting 22 home runs in 90 games during the 2006 series where the Cardinals went on to win the World Series, the organization said in a press release.
His last professional game was in July 2009.
Duncan, son of former Cardinals pitching coach Dave Duncan, was diagnosed with glioblastoma in 2012 but after a successful surgery he was able to return as a co-host for ESPN's local St. Louis radio WXOS, the St. Louis Post-Dispatch reported.
In March 2018 he revealed that the cancer had come back. He returned but in January, he took leave from the show one final time.
Duncan finished his career with a .257 batting average, 55 home runs and 175 RBIs throughout his five seasons with the Cardinals.
Source: Fox News