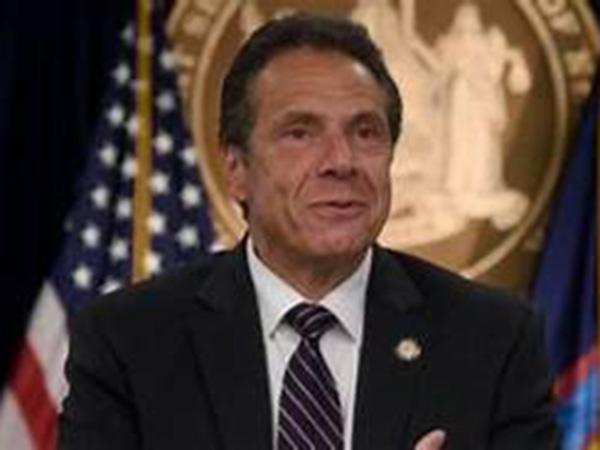 New York (USA) May 23: Reporters at Andrew Cuomo's daily press conference on Friday failed to ask the New York governor about a scathing Associated Press report, published just hours prior, that was highly critical of the way in which Cuomo had handled the state's nursing home coronavirus crisis. It was the latest instance of what critics say is the mainstream press' unwillingness to ask the popular governor any tough questions about the decisions he has made during the pandemic, in which his state has seen by far the most reported cases and deaths in the United States.
According to the new report, more than 4,300 coronavirus-infected elderly patients were sent to "New York's already vulnerable nursing homes" under Cuomo's directive, in order to free up hospital beds.
Cuomo was all smiles for his daily news conference on Friday, when he opened with a tidbit about upcoming Memorial Day celebrations in New York.
Cuomo also urged reporters to guess the number of people who have logged onto a government website to vote on the best pro-mask promotional video. In the process, he sarcastically referred to the press as "geniuses" and joked that a specific reporter always asks "annoying" questions.
The governor was asked about reopening New York, Memorial Day weekend beach policies, whether or not the state should legalize marijuana and sports gambling and the state's COVID-19 death count - but not the nursing home crisis or the AP's bombshell report.
DePauw University professor Jeffrey McCall penned a column for The Hill last month noting that Cuomo was the "appointed darling to step into the ring and serve as pugilist against Trump" during the coronavirus pandemic.
"Since that is now the narrative, the media can't reverse course to hold Cuomo accountable without having to scrape the egg off their collective faces," McCall told Fox News after the governor wasn't asked about the AP report on Friday.
"Cuomo continues to get largely Teflon treatment. It is interesting to note that reporters get in line at Trump press conferences to ask him challenging questions and then get applauded by their journalistic peers," McCall added. "But they largely cower in front of Cuomo and are afraid to break ranks with their reporter colleagues."
Cuomo was fawned over by the mainstream media in the early weeks of the coronavirus pandemic. MSNBC's Joy Reid said, "In a way, he is the president," when praising Cuomo's leadership, while The Washington Post compared his leadership traits to those of Franklin D. Roosevelt. CNN's Chris Cillizza even boasted that many see him as the "reassuring face of America's fight against the coronavirus."
But recently, his March decision to admit patients who had coronavirus into his state's nursing homes has come under scrutiny.
USA Today opinion columnist Glenn Harlan Reynolds wrote on Thursday that Cuomo "does not deserve kudos for his COVID-19 policies" because he "put the elderly at great risk."
Then on Friday the AP published its damning report that over 4,300 coronavirus-infected patients were sent to "New York's already vulnerable nursing homes under a controversial state directive."
"Nursing home administrators, residents' advocates and relatives say it has added up to a big and indefensible problem for facilities that even Gov. Andrew Cuomo - the main proponent of the policy - called 'the optimum feeding ground for this virus,'" the AP wrote.
Cuomo eventually reversed his controversial decision, which was initially designed to place coronavirus patients in nursing homes in order to free up hospital beds, but not until thousands of deaths occurred inside the Empire State's nursing homes. The AP noted that Cuomo has still not taken responsibility for his directive that originally declared no resident could be denied admission to a nursing home solely based on confirmed or suspected COVID-19.
"He continued to defend it this week, saying he didn't believe it contributed to the more than 5,800 nursing and adult care facility deaths in New York - more than in any other state - and that homes should have spoken up if it was a problem," the AP wrote.
Indeed Cuomo has previously downplayed or dismissed the few questions he has received about his nursing home policies.
"People rationalize death in different ways. I don't think there is any logical rationale to say they would be alive today," Cuomo said on Sunday when asked if lives would have been saved if the policy were reversed earlier.
On Wednesday, Cuomo was asked if he believed his policy of forcing nursing homes to accept infected patients contributed to the death toll. "No," he said, indicating that New York followed President Trump's CDC guidance.
"They should ask President Trump," Cuomo said.
The Associated Press noted Cuomo's response in its report.
"Cuomo has deflected criticism over the nursing home directive by saying it stemmed from Trump administration guidance. Still, few states went as far as New York and neighboring New Jersey, which has the second-most care home deaths, in discharging hospitalized coronavirus patients to nursing homes," the AP added.
Source: Fox News